Impeccably recorded, with delicacy and with depth, this album has added five years to my life. As Hildegunn breathes life into her trumpet and into her bukkehorn (goat’s horn), I listen and I learn to breathe properly, to relax.

The bukkehorn is at least as old as the Vikings; the trumpet of course came considerably later. But Hildegunn has a time machine (in her cellar or in her head) and magically manages to connect the two. At times, her trumpet playing sounds ancient and primal and her bukkehorn sounds vibrantly and compellingly fresh and new.

Music such as this, sparse, roomy, largely minimalistic, can only be played to perfection by world-class musicians equipped with massive technical dexterity and seemingly limitless creativity. Don’t get me wrong, the album also contains build up and climax. Just listen to the intense interplay between Hildegunn (trumpet with Harmon mute) and Espen, on Savolainen.

The opening track Hildegunn Vuelie (vuelie meaning yoik – a traditional Sami vocal tradition) is composed by Frode Fjellheim, but an essential factor about the rest of the album is the bands’ involvement in the various compositions. Mats wrote 22 and Vise, Per Oddvar wrote Families. Espen contributed Velkomst with influences from the Latin American ‘ostinato’ form and the polyrhythmic Skoddeafall. Hildegunn wrote the eponymous Time is Coming and Savolainen.

This Norwegian band relate as though they’ve been playing together not only for several years, but also in previous lives. To perceive such synchronicity, such empathy, such compassion, such pure musicality, is a thing of joy. I’m sure that you don’t have to be Norwegian, to write and perform music like this, but growing up so close to nature itself, to fjord and fjell, must surely help to shape artistic sensibility and offer meaning to form and order.

Let’s examine the CD’s title. What does Hildegunn mean by it? She says, “Seconds tick by, but time itself, goes nowhere. It just comes. Much in life is temporary but right now, nothing is
on hold; it is now that things can happen”. 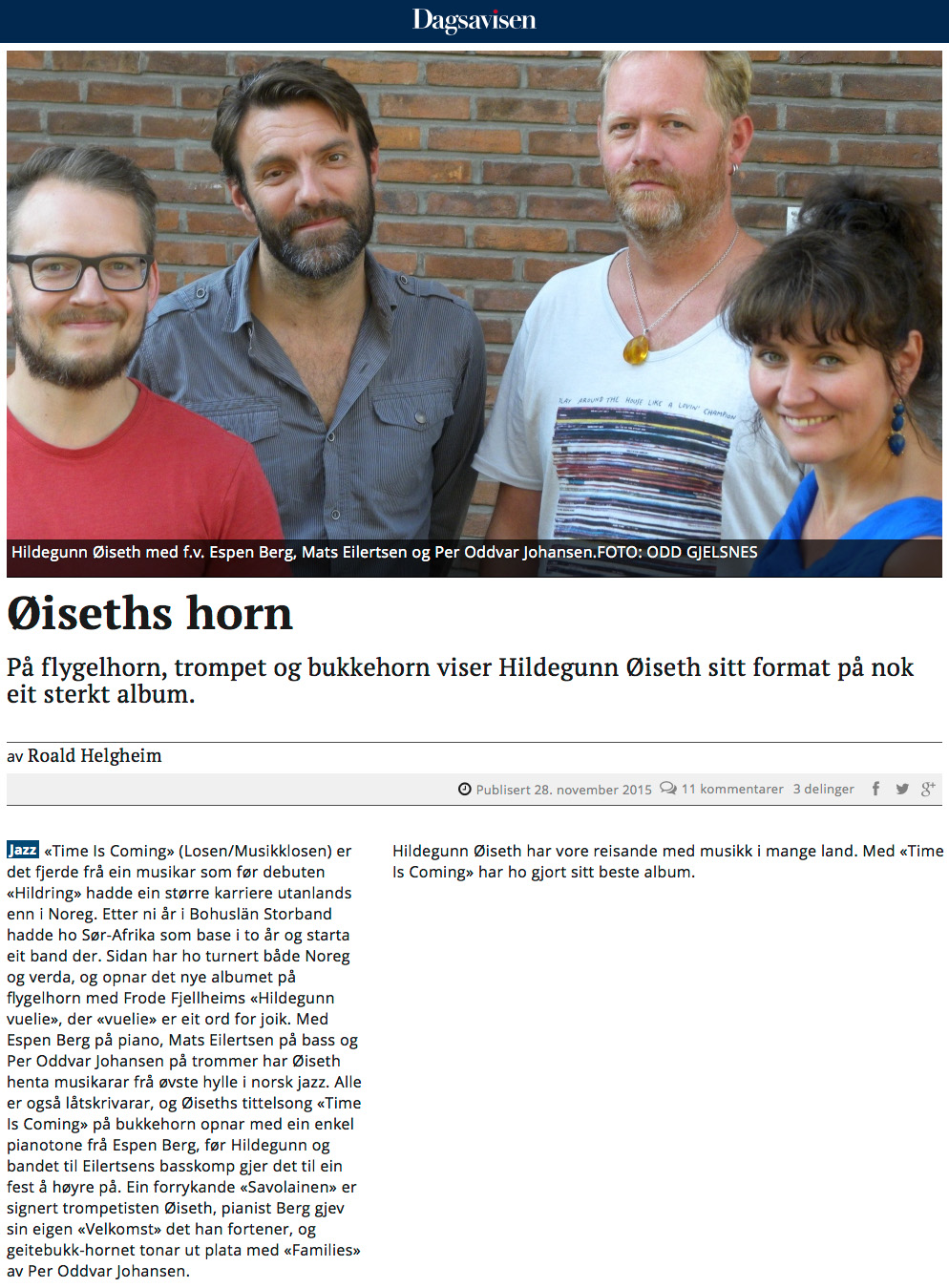 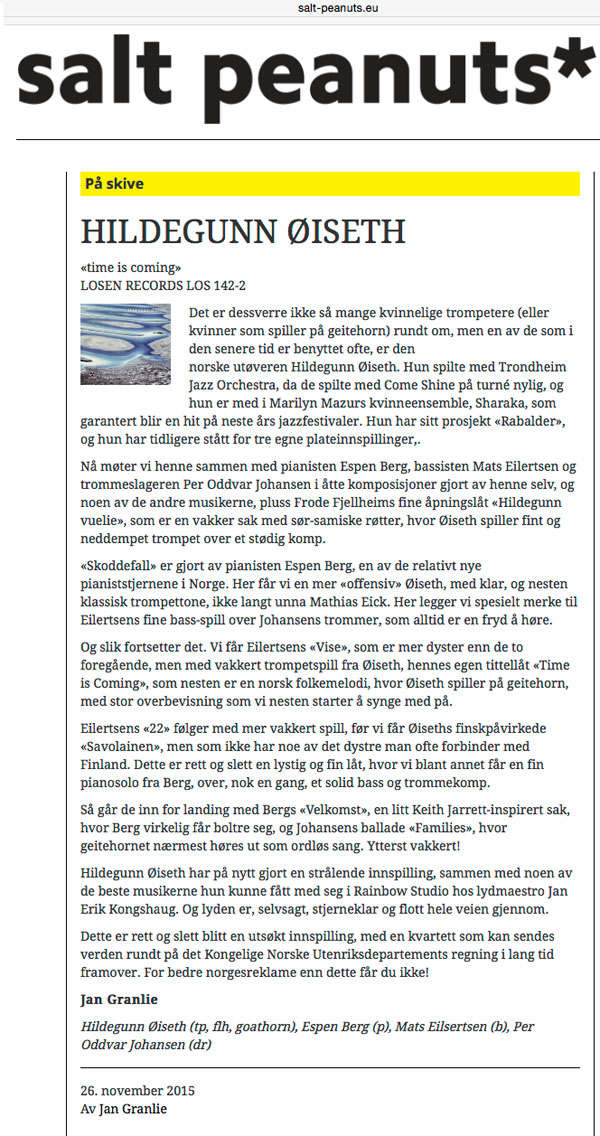 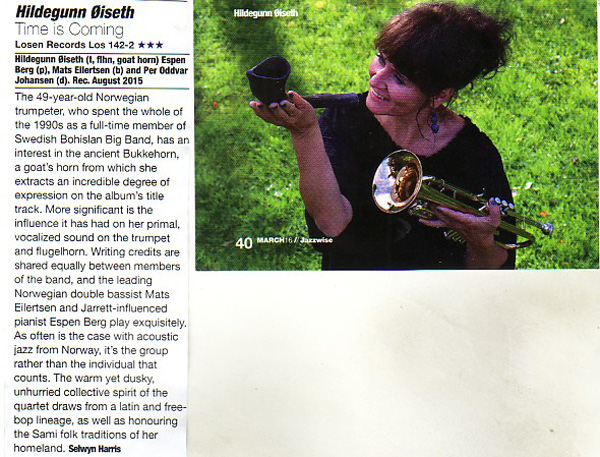